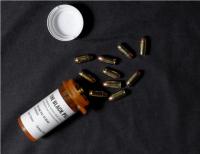 Unfulfilled, humiliated, and angry, four young men are radicalized to violence. One will commit a mass shooting, taking revenge on those who wronged them – especially women, who have rejected him.

“You forced me to suffer all my life, now I will make you all suffer. I waited a long time for this. I’ll give you exactly what you deserve, all of you. All you girls who rejected me, looked down upon me, you know, treated me like scum while you gave yourselves to other men. And all of you men for living a better life than me, all of you sexually active men. I hate you. I hate all of you. I can’t wait to give you exactly what you deserve, annihilation.”

The Black Pill is about sexual entitlement and restorative violence. The players take the roles of four young men who become radicalized to violence through rejection, fantasy, humiliation, and subscription to a deeply nihilistic worldview known as “the black pill.” One of them will commit a mass shooting.

About the author:
Tayler is an avid explorer of high-impact scenarios from the US. His scenarios often explore either masculinity issues or utter buffoonery. When not roleplaying, he’s watching bad movies, cavorting with his cats, contemplating a garden, or wishing he could go caving.