Temple of the Sky 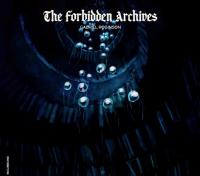 A vast stone spire stretches from a valley in the forest floor to the clouds. No one knows where it came from. Is it a rock formation from a time before the forest grew, a colony built by tiny creatures long perished, or the limb of a dead god? It is undoubtedly ancient—a towering refuge to flora and fauna from predators roaming below. But it’s also known as the site of a small, ancient monastery, with steps carved into the stone by diligent monks of a forgotten order. They climbed the span of the spire to touch the heavens and escape the distractions of the mundane world. Some say they learned the secrets of long life from angelic visions and periods of extended fasting. Others say they kept priceless artifacts safe there—manuscripts of collected knowledge which only survived in the sky’s vault.

Trophy Dark is a collaborative story-telling game about doomed treasurehunters entering a haunted space that doesn’t want them there.

You will play treasure-hunters motivated by a near-impossible goal to seek out riches in the forgotten places of the world. You are not heroes, but entitled or desperate pillagers there to secure your wants and needs. The treasure-hunters are doomed, and they probably won’t achieve their goal. Instead, they are very likely to die by the end of the game, and watching how they go out is part of the fun.