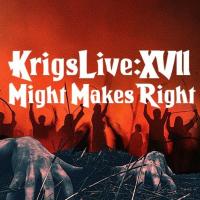 Following the realm gate wars, where the forces of order had tried to push the forces of darkness out of certain valuable realms, Nagash, supreme deity of the undead, had tried to unleash a wave of undead magic onto the entire world, which failed catastrophically and resulted in what has been referred to as “the necro quick”. With the release of this massive amount of undead energy spreading out across the realms from Shyish, what came to appear in the realms after the necro quick, was a dark secret later known as Storm Vaults.

As an introduction to this scenario, In the realm of Ghur, a possible location for a storm vault has been discovered by the grand alliance order. Having no other option than to advance towards it, the grand alliances (order, destruction, undead and chaos) all seek to find the vault in dire interest and curiosity of what the vault might contain. Having different agendas for the vault, all four grand alliances seek to pursue what has been hidden away by Sigmar, ultimately to either collect, destroy or take advantage of whatever has been stored.

The grand order has found a penumbral engine, which apparently has somehow disengaged or at least seized to work. This suddenly reveals the possibility of a nearby Storm Vault for everyone to seize. With no apparent idea of exactly the whereabouts of this Vault, the grand alliance of order desperately makes an attempt to seek out the vault, before any other alliance might know of its whereabouts.

Both the grand alliance of destruction, undead and chaos manage to find scouts in the area of the broken penumbral engine, and therefore realise, that an accessible storm vault might be close by. Destruction naturally wants to acclaim either a massive weapon or demonstrate their supreme power by defeating what ever has been hidden away in it, while undeads and chaos hope to locate an artefact of war, that potentially might aid to the complete and utter destruction of the other realms. Having absolutely no interest in the grand alliance of order to find the vault beforehand, the alliances of destruction, chaos and undead decide to take drastic measures by making an alliance of necessity, simply due to the fact, that they would rather cooperate for a limited time in their search for the vault, than risk the contents of the vault to fall into the hands of Sigmar.